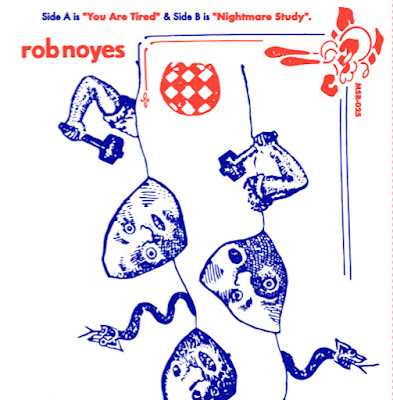 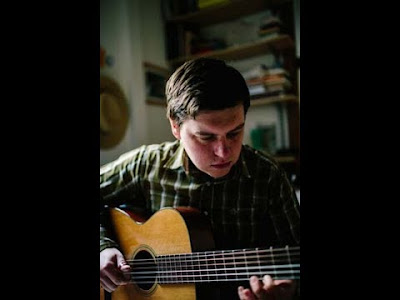 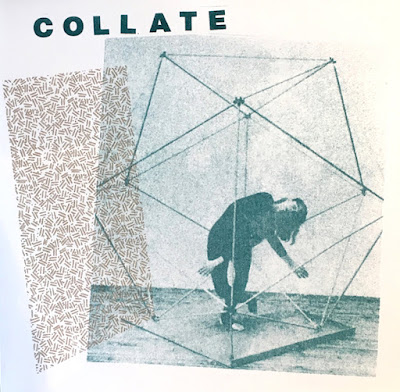 Collate have been a band I've been really into since I heard their self-released 12" on bandcamp also I struck up a friendship with Erika who had been aware of what I was doing musically with Suburban Homes and I guess we both had a mutual understanding and apprieciation of each others musical vision.

I was super pleased to release Collate and feel this release is a very mature development from their other self released records.


The 45 see's the band at their most jagged and disjointed the single is topped by the chaotic 'Communication'; a spiky ode to all forms of interaction delivered by the group in their most attacking style.
the b-side 'Selective Memory' deals with the oft taboo subject of 'Gaslighting', the track has the repetitive angular sounds similar to groups such as Josef K, yet also remaining wholly American with strong influences with Devo, Pere Ubu and Pylon.Record is limited to 300 copies and comes housed in a risograph printed fold-over sleeve included with each 45 is an insert printed by Erika of the group and download code (sourced at the group´sbandcamp page) 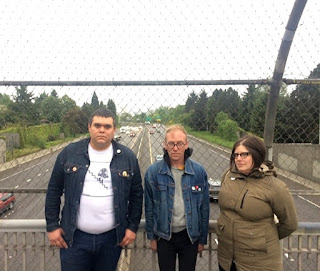 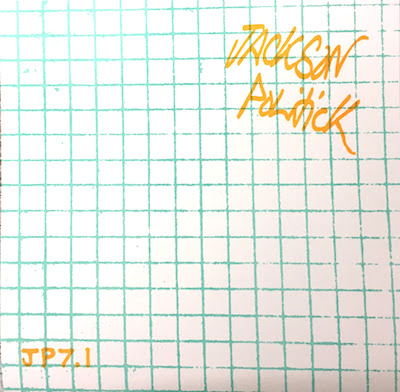 Anyone who has been invested in underground music during the past 5 years will be well-aware of the name Andy Human; causing a huge sensation with his main group The Reptoids the band have released a slew of acclaimed singles and an LP which have impressed collectors and fans of the current wave of punk and placed Andy in the top-tier of celebrated songwriters within the genre.

In 2017 Andy started his solo side-project Jackson Politick with a fantastic debut LP release on Fullerton, CA based label Neck Chop Records. The album entitled Paste V.1 differed slightly from Andy's earlier work with the Reptoids and his earlier solo efforts, focusing on more emotive song writing and at times a fantastic pop touch added together with an almost psychedelic weirdness.

In 2018 Andy has returned to the Jackson Politick project and Market Square is proud to have had released the 7" last November (2018). 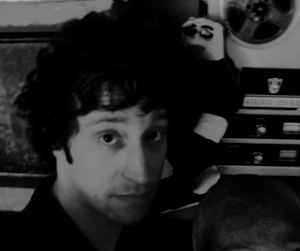 Both sides feature Andy at his most introspective and emotive, yet also retaining his punk awareness and edge.

The a-side Psycho-Mania has an almost glam-rock handclap beat to it, with oscillating synths and power driven guitar chords. The unique thing however is the outsider lyrics which outpour from Andy's mind and mouth, some home truths are being stated there, telling us all about the "assholes" in our society... Andy definitely delivers the sermon about our current Psycho-Mania world. This is definitely for fans of Roxy Music, Pere Ubu and Chrome.

The flip-side however is a more softer affair, although lyrically retaining Andy's punk wit 'Well-Adjusted Australians' is a melancholic slice of UK sounding indie-pop or post-punk (depending on how you hear it) At times it has a very Television Personalities (Painted Word LP era) vibe to it and at the same times recalls New Zealand band The Clean., either way it's a great track which much self-deprecation as well as sarcastically (yet playfully) making a dig at our Well-Adjusted Aussie friends (you know who you are)

The single is limited to 300 and comes housed in a duo-tone risograph fold-over sleeve. 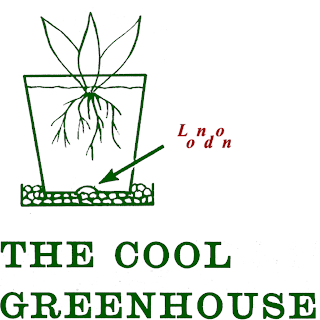 The Cool Greenhouse are the latest shining light from the UK's underground punk scene.

This is the debut record by The Cool Greenhouse, merging Messthetics stylings with lo-fi minimalistic leanings and fronted by the mysterious and enigmatic Tom Greenhouse.

The 7" comprises of two tracks.

"London" details the band's short-lived misadventures as residents of London and their attempts to grapple with the extortionate rent, the extortionate coffee, their own unwitting complicity in gentrification and the invasion of green parakeets, among other things.

The B-side "the End of the World" espouses the view that the impending apocalypse might nto be so bad after all. Or at least that that's the best available perspective given that individual environmental efforts seem to be something of a red herring in the face of corporate and state apathy. 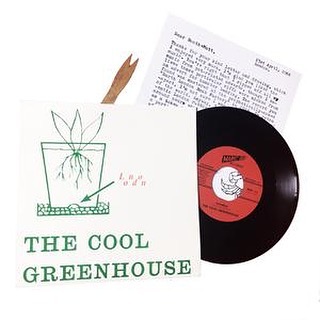 The 7" is limited to 300 copies only and come housed in a Riso-graph fold over sleeve, with a double-sided insert and a piece of genuine rubbish from the streets of London.

As well as the usual outlets of -

and a host of other record stores worldwide.


Please go and give the band a "like" on Facebook and check out their promo video for the single below. 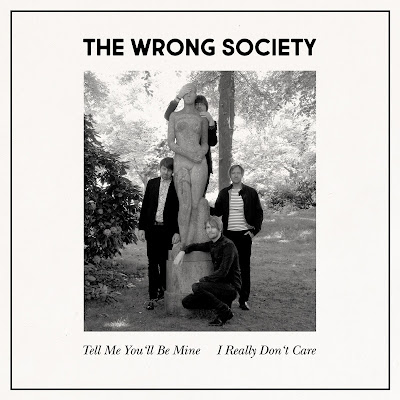 Hamburg's The Wrong Society return with a brand-new 45 and also their second on Market Square Records.
Tell Me You'll Be Mine b/w I Really Don't Care see's the band continue advance their sound within the Moody Garage genre proving themselves to be one of Germany's best and most authentic garage bands at the moment.

Both sides are influenced by the many American 60s band that came from cities and suburbs throughout the US during the period 1964-68. The Wrong Society's sound closely resembles the bands that were coming out of the Mid-West and New England at that time and both sides of this 45 would fit perfectly well on a Teenage Shutdown compilation.

"Tell Me You'll Be Mine" kick starts with angst ridden chord strumming and a constant drum beat holding the thing all together, lyrics about the rejection of modern-day relationships and snotty attitude in abundance, the song has a super nice minor key refrain and ear-piercing fuzz guitar interlude, a real neat piece of 60s style garage.

The flip "I Really Don't Care" recalls the Paragons with the bouncy organ and major chord progression, the lyrical connection ties in with the A-side and makes a great companion piece to the 45 all round.

Limited to 300 copies house in fold-over risograph sleeve and brown-paper inner sleeve, each copy is hand-numbered.

Released on February 12th 2018
The 7" can be purchased from Market Square Shop as well as a host of other outlets.Also can be obtained via the band themselves at their gigs. 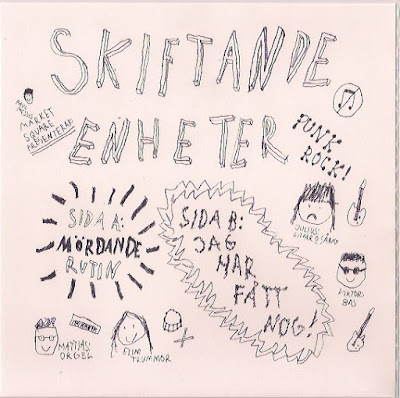 From the back streets of Goteborg, Sweden come a new breed of DIY punks in the form of young four-piece Skiftande Enhenter.

Skiftande Enheter consists of Julius on Telecaster Guitar, Viktor on Bass, Mattias on Organ and Elin on Drums.

Sweden as a nation has always been on the pulse of ever changing styles and sounds and have always produced home-grown bands which often outshine other groups from around the world but sadly none of these bands ever really get much notice. Here at Market Square I've really loved the music Julius and Co have made and really wanted to release a 7" for them to expose them to more people from around the world.

This new 2 sided single consists of two brand new songs written and recorded by the band in late 2017.

Mördande Rutin is a short and spikey piece of primitive punk with scratchy guitars and bubble gum organ, Julius shouts lyrics full of angst (sung in Swedish of course)

The B-side Jag Har Fått Nog is some of the snottiest punk in Europe continuing in the same attacking style as the A side, this track however slays all squares in its path, Julius lets out one of the most ear-piercing screams committed to record in 2018.

you can also hear both sides of the new 7" here too. 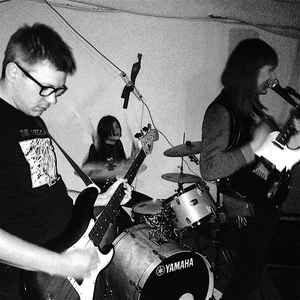 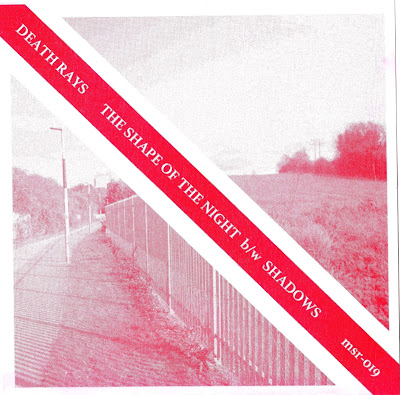 Death Rays debut 7" The Shape Of The Night b/w Shadows.

Death Rays as a musical project was birthed as a revolt against the ever frustrating boredom of small town UK and Market Square are super proud to be releasing this their great brand-new debut 7".

Their debut focused around two tracks written & recorded by the pair via Hawthorne's home studio Am Krogel in Berlin Germany.

Side One, The Shape Of The Night starts with ambient crowd noise which gives way to the intense pounding of a vintage 70s drum machine, enveloped synth sounds and guitar feedback, sounding like a weird mixture of Suicide, early Sisters of Mercy & Les Rallies Denudes. Hawthorne begins singing in a Mary-Chain-esque manner about the woes of life, the highs, the lows, the subject matter open to interpretation, the music building to a feeling of intense agitation and creating to my ears one of the best new drone pop moments in music today.

This is neo-psychedelic music which "means" it, it is minimalistic, intense and angst ridden.

The B-side is a more softer affair featuring the track Shadows, the track has a very Spiritualized feel to it, with tremolo guitars, fluttering synthesisers and softly spoken vocals.

I feel this Death Rays 45 is a super new release and far outshines many of its contemporaries in the neo-psych "scene".


To add to its charm the 45 has been mastered by Sonic Boom who needs no introduction.

The 7" can be purchased from Market Square Shop as well as a host of other outlets.